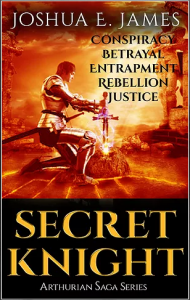 I enjoyed this story very much. The story was well written with lots of action and adventure. I truly liked the characters. I would recommend this to anyone who enjoys a good fantasy adventure.

The author’s writing is excellent and his characters are well developed and the story moves at a brisk pace. How could anyone not like a well written story that has King Arthur and Merlin in it. Joe C.