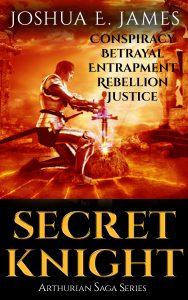 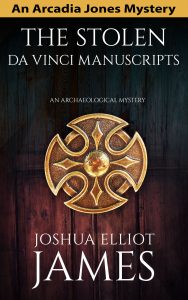 An Archaeological MysteryArchaeology Professor Arcadia Jones returns in the latest action-packed
mystery novella from Joshua Elliot James.You can hide Manuscripts for centuries but not forever. Someone got murdered and
someone has stolen the newly discovered lost manuscripts from Leonardo
da Vinci. Arcadia found them back, only to lose them again through
the betrayal of a man she once loved. Murder happens again before she
recovers the books and takes the first flight out which is to Australia
and then to Spain where she is chased first by killers and then by the
police who is accusing her having shot a police man. Will she be able to
convince the police that she is innocent and that she has a very
important mission to fulfill?

The Ancient Gate Into Another World: 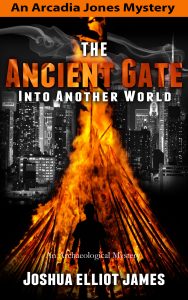 The Ancient Gate Into Another World: An Archaeological Mystery ThrillerArchaeology Professor Arcadia Jones returns in the latest action packed
mystery novella from Joshua Elliot James, a sizzling story of love,
adventure and rescuing the world from Aliens dominating the Earth.The Antikythera mechanism which suddenly has come to live is the key
that will unlock hidden secrets older than the world itself. Arcadia
races against time to recover the artifact against overwhelming odds,
and at great personal danger leading her to the ancient Greek island of
Antikythera. There she discovers ancient unknown ruins, hidden deep
within the recesses of an undiscovered cave. A mysterious figure steals
the valuable artifact from her, leaving a trail of secrets behind.
Arcadia discovers the deathly plot and together with her new found Love
tries to stop those crazy and dangerous plans. 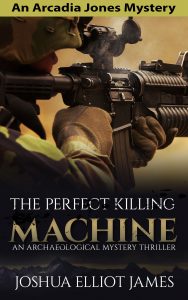 The Perfect Killing Machine: An Archaeological Mystery ThrillerArchaeology Professor Arcadia Jones returns in the latest action packed
mystery novel from Joshua Elliot James.
Seven Russians managed to break into the World War Two Museum in Munich. They stole 3 highly
secreteve items which have been part of a secret collection of Nazi
technology and memorabilia. One of them was a power source unlike
anybody has ever seen, the Spear of Destiny. Together with the two other
stolen devices it would be the perfect killing machine. If it would fall
into the wrong hands it could wipe out entire nations at once. It is up
to Arcadia and her team to track down the stolen items to save the
world. Will she be able to succeed? 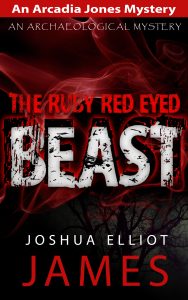 The Ruby Red Eyed Beast: An Archaeological Mystery ThrillerArchaeology Professor Arcadia Jones returns in the latest action packed
mystery novella from Joshua Elliot James. Arcadia Jones has stumbled
across a mysterious tablet from Göbekli Tep. When she starts researching
the mysterious relict one of her informants get murdered by a brutal
attack in front of her eyes. She discovers an ancient cult around the
ruby red eyed beast who wants to take over the world. Will she manage to
escape the villains and safe the world?